The Power of Connection at Work – Mentoring 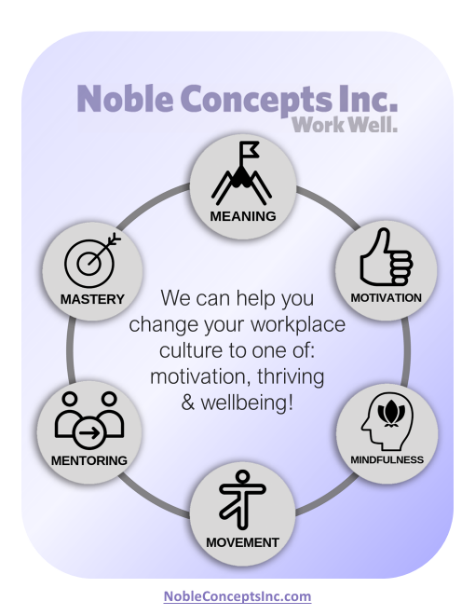 We are currently being inundated with worries of all kinds. We wonder about social media and its impact on our lives from the moral fiber of our society to its effect on the workings in our brains. As more people settle in big cities, loneliness is on the rise. At work, people are seeking a balance of empowerment and direction/structure. And finally, people seek others for affirmation, love, and witness, and without them humanity is more anxious, less happy.

So, how does mentoring help solve these worries?

Note that I am using mentoring here as an overarching concept of supportive, positive connections. Positive relationships are authentic, honest, and focus on the strengths of the other; they advocate for the other’s best interest; they celebrate each other’s successes. The fundamental requirement of a positive relationship and a mentoring culture is trust. It is the ability to be vulnerable with a colleague or manager and still feel safe. Brené Brown says that putting ourselves out there, allowing vulnerability, is necessary to courageously grow to our potential. No risk . . . no courage . . . no way you’re meeting your potential . . . end of story. And yet, one in five American adults say they have no one to rely on for emotional support.

The Power of Mentoring

This is incredibly powerful information for organizations – without emotional support and safety, we lose our ability to generate new ideas, to be creative and innovative. We second guess ourselves and leave our potential on the table. The 1970’s psychoanalyst Heinz Kohut proposed that belongingness was necessary for humanity; he defined belongingness as the feeling of being “human among humans,” of being connected to other people. Organizations have a great opportunity to provide a mentoring culture that encourages healthy risk-taking while learning with the encouragement of trusted advisors; to generate feelings that they are valued and belong.

Prioritizing positive relationships in the workplace also plays an important role in curbing loneliness. A 2018 Cigna study on loneliness indicates that nearly half of Americans sometimes or always feel alone. Douglas Nemecek, M.D., chief medical officer for Behavioral Health at Cigna indicates, “There is an inherent link between loneliness and the workplace, with employers in a unique position to be a critical part of the solution.” One such solution is prioritizing High Quality Connections (HQCs), a term used by Jane Dutton at the University of Michigan’s Center for Positive Organizations. According to Dutton, building HQCs is a 4-step process: 1) respectfully engaging others, 2) task-enabling others, 3) trusting others, and 4) having fun together.

Achieving these relationship goals may be accomplished informally through a wellbeing culture across the board and may be implemented with formal coaching and mentoring opportunities. A formal coaching or mentoring program can be designed in a number of ways and may be top-down, may use an internal or external coach, or may be structured peer-to-peer. Each adds a customized approach to leadership development, resulting in team members that feel invested in, listened to, and cared about. All this while also growing the overall competency and confidence of the organization, potentially expanding the entity’s base of possible candidates for succession planning.

Mentoring is a key component of a workplace of wellbeing which enables people to connect, thrive, and grow. It reduces loneliness and fosters innovation and creativity – it creates a culture where people want to be and stay, and it initiates new ideas and better decisions. All good for our emotional and physical wellbeing . . . and not to mention, the bottom line.

For more on the M6 Model and my approach to coaching, take a look at my website and other blog posts about Life Coaching and Organization Development.

I would love to hear your thoughts, so feel free to contact me about coaching, and we can talk more about positive relationships and a culture of thriving! Share this post with friends you think my find this of interest!

What Is Positive Psychology Coaching? What Is Positive Psychology?

Psychology, largely focused on the negative aspects of the mind and the resulting mental illness, began to take a turn in the 1990s. At the time, many psychologists were wondering if there was a better way to approach psychology to help people move in a positive direction. How could psychology move toward addressing human well-being instead of human dysfunction?

What Is Positive Psychology Coaching?

When many people think of the term “coaching,” the image of an athletic coach comes to mind, walking the sidelines and pulling players aside to address strategies. Positive psychology coaches are similar to other types of coaches, in that they aim to provide feedback and insight on a person’s actions and experiences to guide the person toward a more positive outcome. However, unlike athletic and other types of coaching, positive psychology coaches choose to focus on what’s going right instead of mistakes made.

In a typical coach/client relationship, the client wishes to improve his or her life in some way. Perhaps he wants to set goals, or achieve some positive outcome. Or, maybe there’s a current situation he wants to improve upon to avoid negative outcomes down the road. A coach can ask questions and use tools that move the client toward the discovery of the change or outcome he wants. A coach can provide insight and assist the client in moving toward the self-awareness needed to achieve goals or general well-being.

How Can a Positive Psychology Coach Help You?

Perhaps you have experience with therapy or other forms of coaching. Unlike therapy, in which a therapist may focus on underlying issues preventing well-being, positive psychology coaches focus on the positive aspects and effective behaviors to continue to fuel positive change. While other types of coaching often promote the belief that clients have the answers within themselves if they only choose to find them, positive psychology coaching relies on the scientifically-backed research in the field that has been proven to assist clients in finding well-being.

What Positive Psychology Is and What It Is Not

Positive psychology is quickly gaining traction, not only with the academic community, but also with the general public. While positive psychology can provide numerous benefits to the public and its widespread awareness is good, there are several misconceptions about this practice that are almost equally widespread.

What Is Positive Psychology?

Misconception #4: Positive Psychology Acts as a Form of Religion

Misconception #5: Positive Psychology Is Based on Too Little Evidence

Positive psychology can provide many benefits to those who are interested in its study, as well as the general public. However, these misconceptions can degrade the field. Through proper education and debunking of these myths, the public can truly reap the benefits of this area of psychology.